What is the aim of the organisation?

CommSafe was established approximately in 2006 under the name of Te Awamutu Safer Community Charitable Trust with a mission statement of “Working together throughout the Te Awamutu environs to build safer and healthier communities”.

In 2011 the trustees completed a review of the trustee’s goals and developed a vision to expand the areas of interest from more than just Te Awamutu and its environs to any area and community who could benefit from the trust’s vision.

The trustee’s, along with all the volunteer community patrollers and neighbourhood support street coordinators ensure the communities are secure and safe to the best of their abilities and the public is aware of crime occurring.

CommSafe has 3 main aspects of its entity – Community Patrols, Neighbourhood Support and has recently been requested to oversee and monitor the new CCTV network established by Waipa District Council.

CommSafe employs an administrator to manage the volunteers. The volunteers are on duty for 4 hour shifts in which 2 trained people monitor the streets of Te Awamutu, Kihikihi, Ohaupo, Pirongia and the rural Waipa District. Volunteers are the eyes and ears for the NZ Police while on duty.

At times the volunteers are requested to assist police with specific tasks such as maintaining a watchful eye of certain areas where there may have been an increase in crime levels. Our volunteers drive CPNZ marked vehicles. These vehicles are supplied and supported by Open Country to help keep communities safe.

Based on current patrolling statistics it is anticipated the following results will be achieved in the 2020 – 2021 year:

CommSafe also employs a Community Safety Officer to co-ordinate Neighbourhood Support aspect of the trust primarily in the western part of the Waipa and Otorohanga districts.

Neighbourhood Support has increased greatly over the past 10 years with now approximately 3000 households and 10,000 individuals recorded on our database system.

Our Community Safety Officer communicates by email to our database on incidences in the community provided by the public and Police.  Neighbourhood Support provides safety tips and reminders with advice on how to stay safe and keep secure in your environment.

Recently there have been requests from several communities for CommSafe to assist with safety issues arising in their communities. We are currently co-ordinating new groups to help support everyone.

Commsafe has been asked to manage the monitoring of the CCTV system further building their relationship with NZ Police and Waipa District Council. We train our volunteers  to be competent in the use of the system and manage rostered shifts at the Te Awamutu Police Station.

Any member of the public and can join CommSafe at any time for FREE.

Joining is simple by using the “Join now” button on the Website.

have joined in your region! 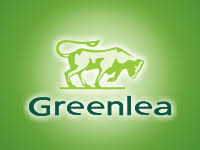